The real romagna is about food and conviviality

In the heart of Ravenna’s old town centre, Osteria Passatelli 1962 preserves and evokes the identity and warmth of the old local osterias, where the enjoyment of traditional meat and fish dishes is combined with the pleasure of sharing them with loved ones in a quiet and informal environment.

IN EVERY CORNER OF THE OSTERIA THE ATMOSPHERE IS FILLED WITH TRADITIONAL SMELLS AND FLAVOURS AND DEFINED BY A STRONG LINK WITH A PAST RICH OF HISTORY.

Osteria Passatelli is one of those places that evoke the convivial and sicere vocation of osterias of times gone by, when sitting around the table was everyone’s favourite time to get together and turn it into an art. Here, food and drinks are an expression of the local culture and privileged means to discover, explain, and appreciate their every aspect. This is why those who love Romagna and flavours feel at home when they sit at our tables.

look at the menu 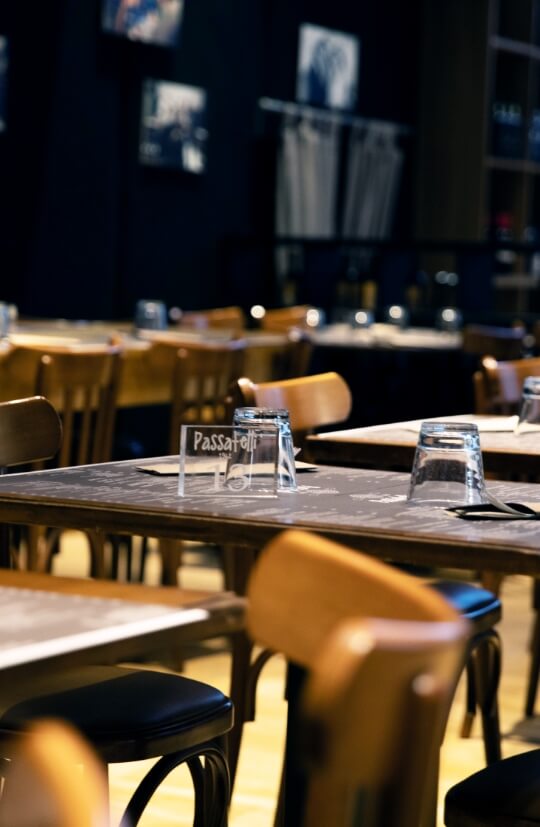 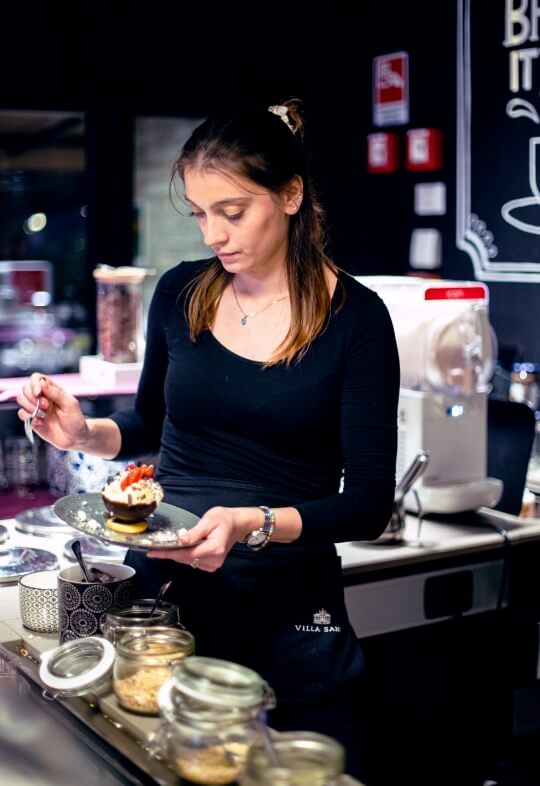 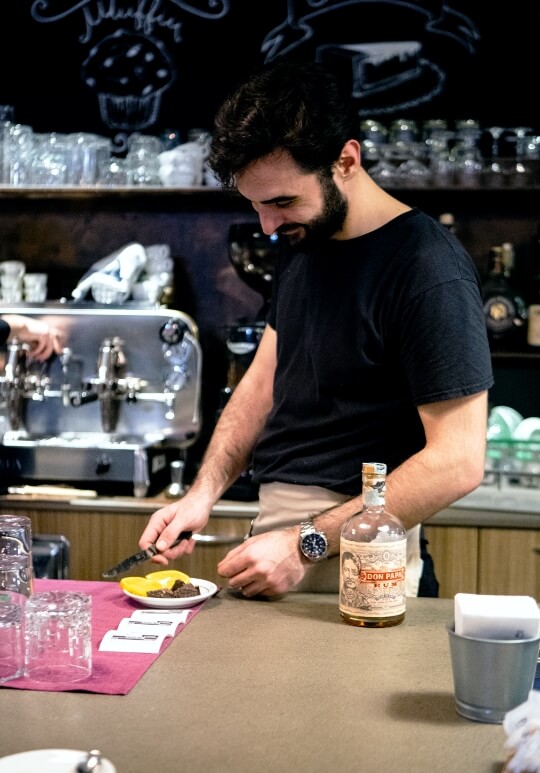 Osteria Passatelli 1962 is on the gound floor of a building regarded as the city’s cultural icon: the second floor is home to “Cinema-Teatro Mariani”, Ravennas’s 150 years old cinema.

1864
THE LIGHTS IN THE AUDIENCE TURN ON

What was known as Patuelli theatre, after its founder Gaetano Patuelli, raised the curtains for the first time featuring a performance by the Carlo Zamarini drama company. The first of a string of successes that accompanied the history of Ravenna for over 150 years.

Following the collapsing of the ceiling and the consequent restoration work, Teatro Patuelli reopens its doors on 18 november 1877 with a new name, Teatro Mariani, in honour of Ravenna's great orchestra director Angelo Mariani.

The new theatre is acquired by Eugenio Lavagna, a key figure in Ravenna, who takes on the renovation and modernisation work of the structure of the building and its stage.

1895
THE MAGIC OF CINEMA COMES TO LIFE

After operas, operettas, plays and various other performances, Teatro Mariani brings the city of Ravenna its first film. It has been barely a year since the Lumiére brothers' first official screening, held at the Grand Café De Capucines in Paris, on 28 December 1895: 22 august 1896 is an historic date in the history of Ravenna's cinema.

1949
THE MARIANI GETS A MAKEOVER

The Mariani cinema and theatre building and its interior is completely renovated and for the inauguration, on 6 April, the film "Bellezze al bagno", by Geore Sidney, is screened.

1955
FROM CINEMA TO POLITICAL STAGE

The Mariani becomes a tage for important social and political events. At the end of april 1955, Enrico Mattei presents his new economic project to the citizens of ravenna

Since after the second world war and to this date, the Mariani Cinema and Theatre continues to stand out for the high quality of its screenings, showing Art-House films and interesting documentaries. Today in Ravenna and surrounding areas it’s widely regarded as a culture hub 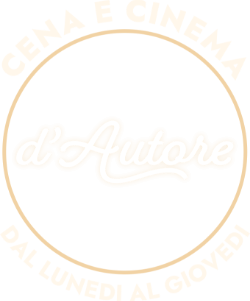 THE MARIANI CINEMA IS PART OF THE CINEMAINCENTRO CIRCUIT

THE WINTER PROGRAMME INCLUDES INCLUDES SCREENINGS AND EVENTS DEDICATED TO ART-HOUSE FILMS AND MORE. VISIT THE WEBSITE TO KEEP UP TO DATE WWW.CINEMAINCENTRO.COM

THE MARIANI CINEMA IS PART OF THE CINEMAINCENTRO CIRCUIT

THE WINTER PROGRAMME INCLUDES INCLUDES SCREENINGS AND EVENTS DEDICATED TO ART-HOUSE FILMS AND MORE. VISIT THE WEBSITE TO KEEP UP TO DATE WWW.CINEMAINCENTRO.COM

website by
website by
Facebook-f Instagram
WE VALUE YOUR PRIVACY
These cookies may be set through our site by our advertising partners. They can be used by these companies to build a profile of your interests and show you relevant ads on other sites. They do not store personal information directly, but are based solely on the identification of your browser and internet device. If you do not accept these cookies, you will receive less targeted advertising.
Manage options Manage services Manage vendors Read more about these purposes
Select preferences
{title} {title} {title}
×